If you have ever experienced a sudden, painful swelling in your toes, feet or ankles, then you may have gout. This debilitating condition is common in the United States, afflicting over 8 million Americans from all walks of life. Though incurable once it onsets, gout and its painful attacks can be prevented and treated in many instances. Below is more information on how to prevent and treat gout, including new research findings and strategies:

Gout is an abnormal accumulation of uric acid crystals in body tissues. These crystals are akin to tiny shards of glass, and they make microscopic, but still painful, cuts within the affected tissues. These cuts create significant swelling and discomfort for sufferers. Lower extremities are often hit first, especially big toes, though any area of the body can be afflicted. The severe pain caused by gout attacks is not the only problem caused by the condition; long-term damage done by uric acid crystallization can lead to arthritis.

The key to keeping gout from becoming a crippling condition is to lower levels of blood-borne uric acid while managing accompanying pain. Below are some strategies that can help gout sufferers:

Uric acid is a byproduct of purine metabolization within the human body; purines are part of a diverse chemical family that includes some of the base chemicals found in DNA, caffeine, and other common biological compounds. Some meats are particularly rich in purines: animal organ meats, certain salty fishes and other seafood contain high quantities. The consumption of purine-rich animal products can overload the bloodstream with uric acid wastes which are later deposited into body tissues.

Many plants also contain purines. However, contrary to what was once believed, the best research shows that purines in plants don't contribute to gout, especially if eaten in moderation. Therefore, it is best to keep consuming purine-rich plants such as beans, peas, and other healthy vegetables and legumes.

Losing weight can carry a number of health benefits, and reducing the risk of gout attack is one of them. In fact, the risk of developing gout is more than double in men who are overweight. Just be careful to lose weight in a healthy manner; a rapid removal of excess water through diuretics is believed to contribute to gout, so don't use diet pills and avoid other crash-course dieting routines that dehydrate your body.

Minimize the use of caffeine and alcohol

Since caffeine is a purine, its breakdown inside the body increases uric acid levels. Alcoholic beverages also contain purines such as the yeast found in grain alcohol and beer. Slow down the consumption of these substances and drink an increased amount of water to dilute uric acid within the blood and kidneys.

Though NSAIDs don't lower uric acid levels, NSAIDs such as ibuprofen, naproxen and other drugs in this class are effective in managing pain caused by gout. These drugs are generally safe when taken within approved dosage ranges, but it is always best to consult with a physician when starting a regimen of pain-killing medications of any type.

A well-established gout medication, allopurinol works to lower the levels of uric acid within the bloodstream. While it doesn't seem to help alleviate acute symptoms of gout, it does help prevent gout from becoming a recurrent problem. However, caution should be used when taking allopurinol since it can increase the likelihood of harmful skin conditions, including some that are potentially life-threatening.

For more help on managing and treating your gout, contact an ankle doctor today. 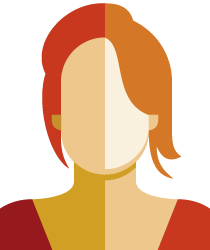 Before my last pregnancy I never had any problems with my feet. Since the last pregnancy, however, I have not been able to wear the type of shoes that I loved and I could not go out for long walks like I used to. After my primary doctor told me that he could not explain the discomfort, I decided to visit a podiatrist to get some help. It was not until my first appointment that I realized how many problems feet can cause. My website is filled with examples of foot problems and what pains you may be experiencing due to problems with your feet.